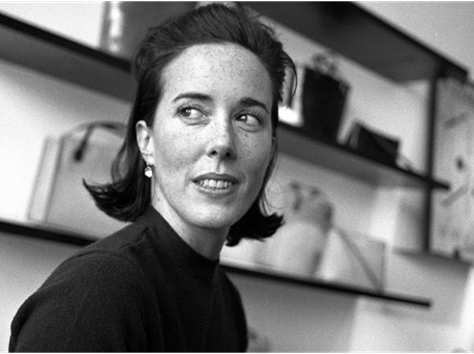 New York (CNN) Kate Brosnahan Spade, the fashion designer and businesswoman, hanged herself in an apparent suicide Tuesday at a New York City apartment, according to a New York Police Department source.

Police responded at 10:10 a.m. after Spade was found by her housekeeper, NYPD Chief of Detectives Dermot Shea said. A suicide note was found at the scene, he added.
Spade, 55, started Kate Spade New York in 1993 and opened her first shop in the city three years later, the company’s website states.
Fashion designer Kate Spade being interviewed in her New York showroom.
“Debuting with just six silhouettes, she combined sleek, utilitarian shapes and colorful palettes in an entirely new way,” the site says.
Best known for its colorful handbags, Kate Spade New York has more than 140 retail shops and outlet stores across the United States and more than 175 stores internationally, the site states.
How Kate Spade became a household name
Over time, she distanced herself from her business. In 1999, she and her husband, Andy Spade, sold 56% of the brand to Neiman Marcus for $33.6 million. Liz Claiborne acquired the company in 2007, and Spade left her namesake brand. The luxury fashion company Coach announced plans in May 2017 to buy Kate Spade for $2.4 billion.
Kate Spade New York issued a statement confirming the “incredibly sad news” of their eponymous founder’s death.
“Although Kate has not been affiliated with the brand for more than a decade, she and her husband and creative partner, Andy, were the founders of our beloved brand,” the statement said. “Kate will be dearly missed. Our thoughts are with Andy and the entire Spade family at this time.”